The Dead Are Coming

The Dead Are Coming is a minimalist, classically-inspired RPG about survival in a post-apocalyptic world where the dead have risen and other survivors can be much worse than the undead.

Characters in this game are common people who have been struggling to survive, find their loved ones, keep them safe and just trying to keep living. They all carry resources like Food, Water, Fuel and Bullets, that are essential to their survival. These resources are used to barter with other survivors and determine how long they can survive on their own.

Groups of survivors can also form bands under their command to improve their survivability, and, if they find a safe place to stay, build a community and start recruiting other like minded people to live with them, and, who knows, rebuild civilization?

The game de-emphasizes combat making it quite deadly and hardly ever harmless. There are many different types of zombies to populate the world, and even more types of people for them to meet and deal with.

Lastly, there is a full post-apocalypse toolkit to help Referees create and populate cities, towns, and less populated areas of the world, an adventure generator and a list of 100 things you might need to do in the zombie apocalypse to inspire your game sessions!

The rules that power The Dead are Coming were developed based on the amazing system created for Into the Odd and perfected with Electric Bastionland by Chris McDowall. They came into being during the Game Jam he hosted called Eclectic Bastionjam. The rules themselves fit in a A5 sheet of paper, but they are incredible flexible and encourages a type of game focusing on exploration, dialogue and creativity few games can match. 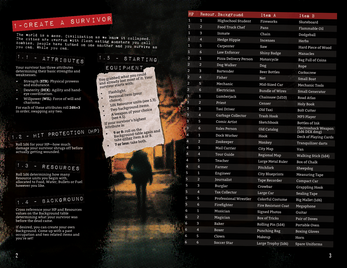 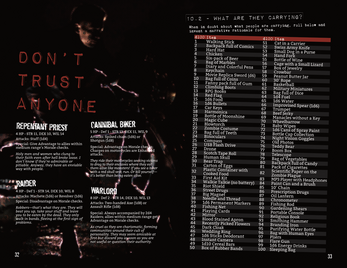 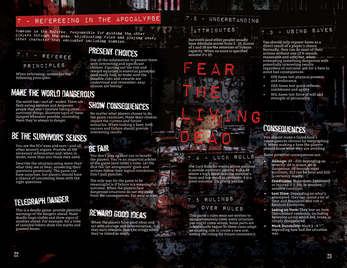 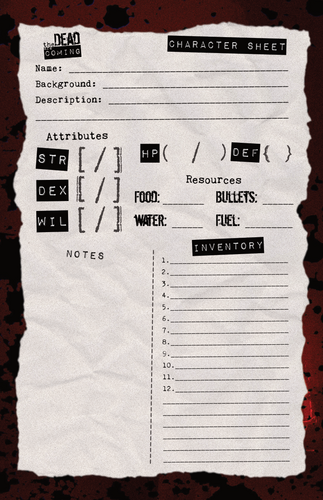